On 25 May a technical demonstration of the FENIX project was held at the Greek pilot site at the Container Terminal at the Port of Piraeus.

The event was organised by the Hellenic Institute of Transport of the Centre for Research and Technology Hellas (HIT/CERTH) and the ISENSE Group research team of the Institute of Communication and Computer Systems (ICCS), in close cooperation with PCT S.A. and the Greek Deputy Minister of Transport Michalis Papadopoulos attended it (in the centre). 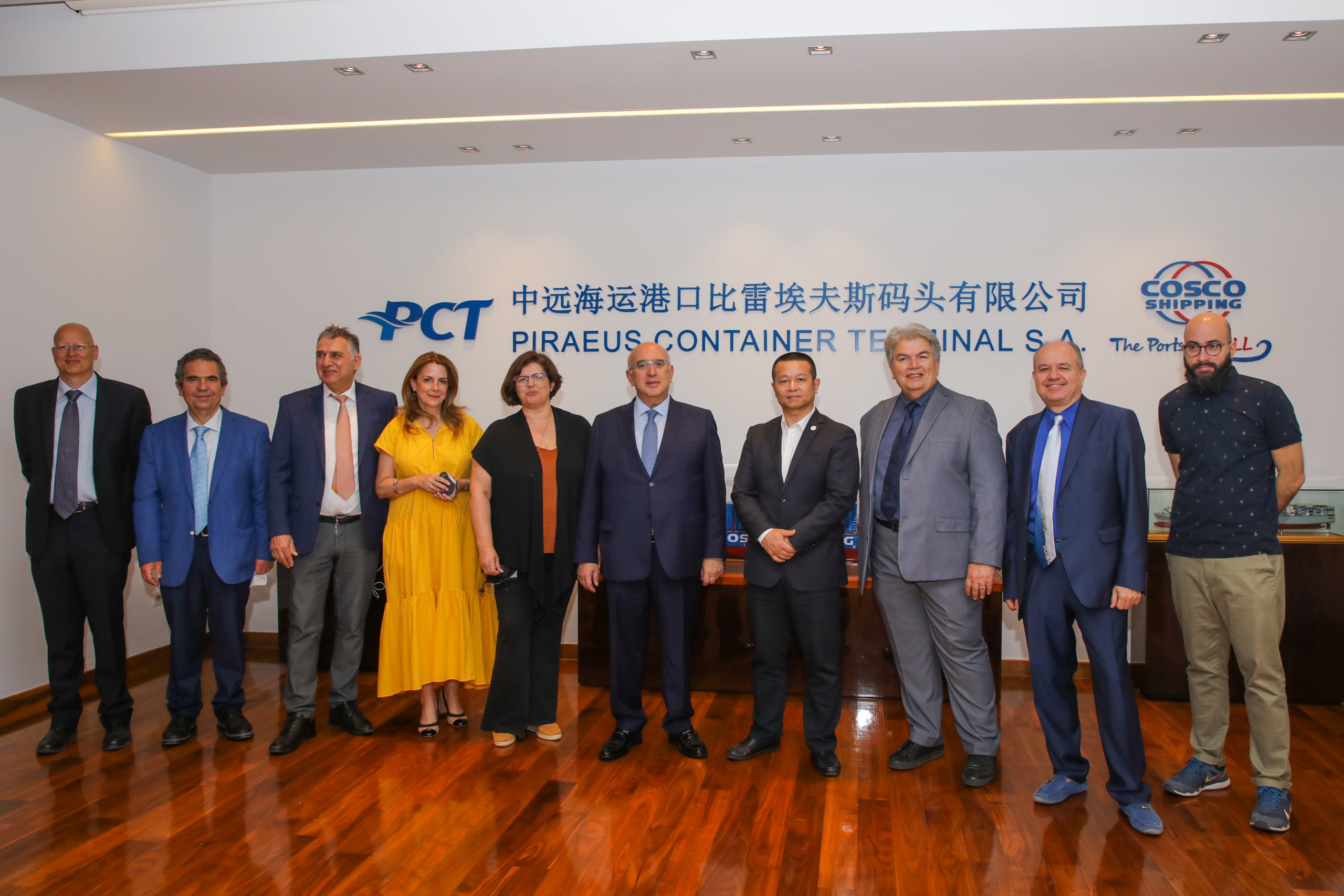 “The Ministry of Infrastructure and Transport participates as a partner in the FENIX project, actively advocating the digitisation of processes and the use of innovative technologies, which strengthen the Greek ecosystem of transport and logistics. (…) procedures such as customs clearance, which used to take up to 6 hours, through the digitisation carried out by the FENIX project, are now limited to 20-30 minutes. This reduction is reflected in significant economic and environmental benefits. It is a very good example of how the new technology is integrated into the transport chain, for the benefit of all involved and mainly, for the benefit of the Greek economy as a whole. The development of the Greek Transport & Logistics Observatory is also extremely important, which will improve the position of Greek services in the European market and will facilitate communication between individuals and the public sector.’’ stated Mr Michalis Papadopoulos.

The technical demonstration represented an opportunity to showcase the advancements of the initiative and the attendees could tour the port and observe the ongoing physical process of importing/exporting containers that is related to the FENIX digital service.

Read the full press release of the event, here.